Guide Your Correct Way To Configure The Water Chiller Piping

I. Overall design of piping

(1) The newly developed water chiller, while the structure scheme of sheet metal and plastic parts is designed, the piping structure is designed to fully consider the reasonable distribution of the overall space, so as to avoid the piping design being only limited in the limited space after other structure schemes are determined.

(4) for the piping designed on the basis of the originally developed models, its versatility should be considered when designing piping parts.

II. the design of the piping parts

The energy output of the compressor is mainly dissipated in four forms:

In order to reduce the probability of fracture of the piping, the stiffness of the piping should be reduced as much as possible, especially the circumferential and radial stiffness, to ensure that the energy output of the compressor is mainly dissipated through the kinetic energy of the compressor body and the form of deformation of the rubber foot.

(1) Compressor discharge port, return port piping straight section because of bending residual stress, and because of the close to the burned parts, the mechanical properties of the material are affected, so it is easy to fatigue fracture. In order to weaken the impact of the above factors, the compressor discharge port, the return port piping bending radius as large as possible to reduce the residual stress in this part; at the same time to ensure a certain straight section, in order to reduce the adverse effects of burning welding to the mechanical properties of the material, the length is controlled as far as possible in 35 ~ 80mm.

(2) In order to reduce the vibration of the piping, the general design of a U-shaped pipe to achieve the purpose of reducing vibration. In order to achieve a good vibration damping effect, where possible, make the two arms of the U-shaped tube length as long as possible, that is, so that Figure 1 L1, L3 are as long as possible, and as much as possible to increase the bending radius. If the span distance between the two arms is certain, that is, the length of L2 is certain, and the length of L2 is not very long, the use of Figure 2 with a larger bending radius is better than Figure 1. 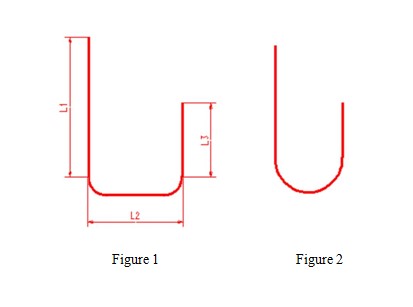 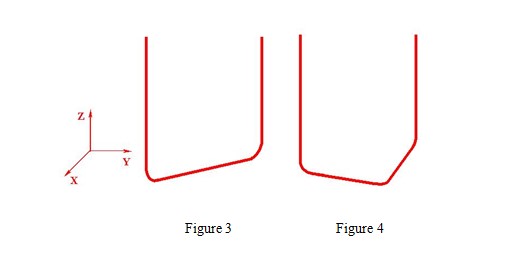 (5) The design of exhaust and return air pipes generally uses copper pipes with a wall thickness of 0.7~1.0mm.

(7) How to design a capillary tube 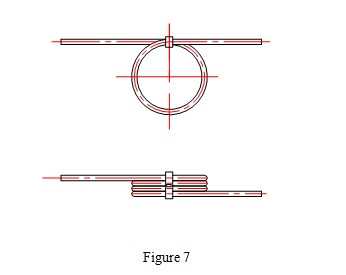 For the auxiliary capillary tube of the heating and cooling water chiller system, if its two ends are connected with the check valve, in order to bend the system for convenience, its total length should not be shorter than 250mm.

The distance between the two ends after bending into shape is 70mm, as shown in Figure 8. 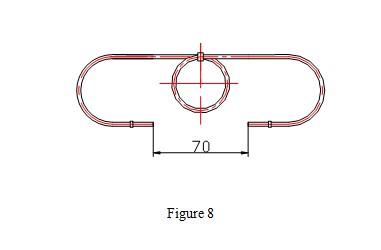 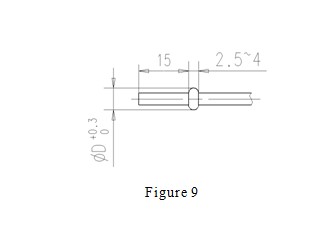 Capillary specifications corresponding to the outer diameter are as follows：

(8) How to design the evaporator tubes

In the design of the evaporator input and output tubes, taking into consideration the needs of the installation process, it is recommended that the input tube is 100mm longer than the output tube in the straight section of the piping in the joint part.

(9) How to design the capillary transition tube and manifold receiver

(10) How to design the typical piping

As the impact of high-pressure gas on the side of the exhaust pipe is likely to make the exhaust pipe vibration, so the exhaust pipe bend should not be too much, the bend angle is not too large, do not advocate the use of more than 90o obtuse angle bend, it is recommended to design only a U-shaped pipe, as shown in Figure 12. 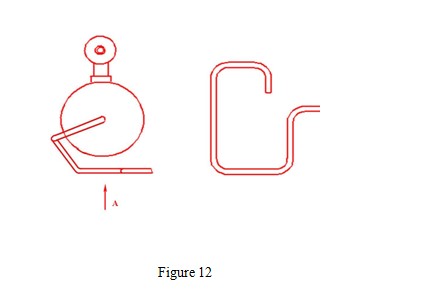 Due to the high tangential vibration at the compressor return port, the return pipe should be as roundabout as possible to the center of the compressor first and then along the circumference of the pipe, as shown in Figure 13, Figure 14, Figure 15, and Figure 16. The current analysis shows that our traditional form (shown in Figure 13) is not necessarily safer than the forms shown in Figure 14, Figure 15, and Figure 16. There is no reliable conclusion as to the superiority of the four typical structural forms shown in the figures, and therefore no recommendation is made as to which form should be preferred. 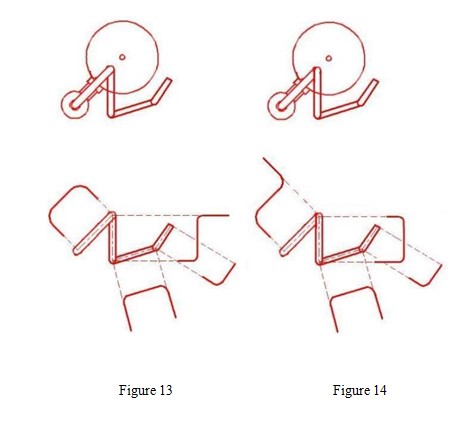 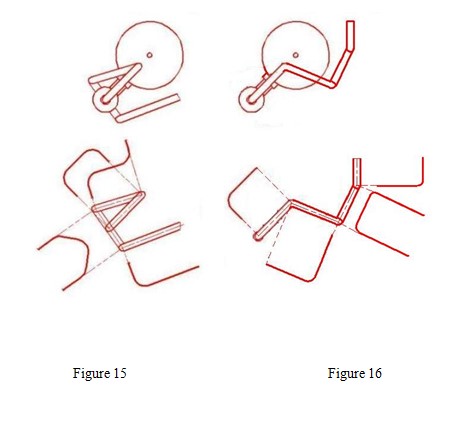 (1) The minimum clearance between the general piping and other parts such as sheet metal parts and plastic parts is 10 mm (the distance between the condenser input tube and the chassis is allowed to be ≥1.5 mm due to the fin mold);

(2) The minimum clearance between the piping and the airfoil is 20mm;

(3) the minimum clearance between the piping and piping is 10 mm, if less than 10 mm, the piping should be added between the rubber or rubber foam or other spacing materials, if necessary, tied with a tight band.

IV. The Design of Counterweight

If the U-shaped tube is increased and the shape is adjusted still cannot reach the required smaller inherent frequency ω, in the case that the stiffness K cannot be changed, only the mass M can be increased to achieve the purpose of reducing ω.

Since the piping itself is a distributed mass vibration system, the location and weight of the counterweight will affect the vibration damping effect. It is generally recommended to place a counterweight block (or add anti-vibration rubber) at the bottom position of the U-shaped tube, as shown in Figure 17, but the real counterweight position and weight have to be determined by running experiments with the machine. Do not determine arbitrarily! Otherwise, it will be counterproductive. In the addition of anti-vibration rubber to pay attention to the direction of the paste to ensure that it is not easy to fall off. 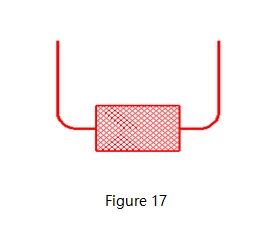 (1) When designing, try to use the existing water cooling system common parts, common parts can be found in the “Enterprise Technical Standards” or selected in the three-dimensional library.

(2) in the shunt distributor design, in order to ensure that the distributor shunt is more uniform and stable, must have the gasket. 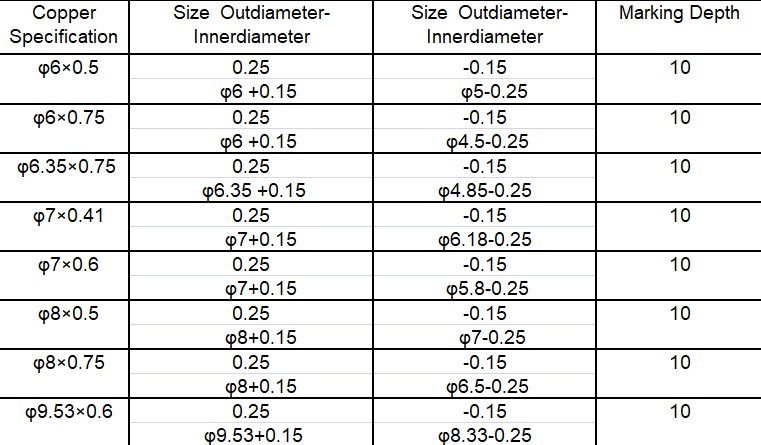 In the experiment, if the compressor exhaust pipe, the return pipe vibration is too large, in accordance with the following steps to rectify.

(1) Determine the intrinsic frequency of the exhaust and return pipe to see if it is in the resonance zone.

(2) If in the resonance zone, the preferred measure is to reduce the inherent frequency, specifically by increasing the long U-shaped, increasing the length of the long U-shaped, supplemented by the addition of damping blocks to achieve. In addition, you can consider using damping materials to design a certain shape of flexible support, such as the form shown in Figure 18, and fix it on the chassis and other rigid components. 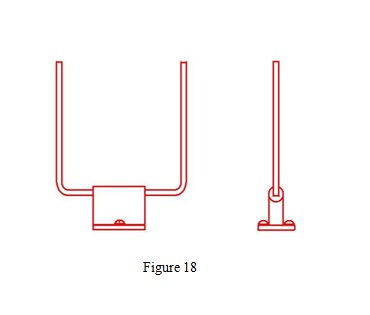 (3) If not in the resonance area, try to increase the mass (counterweight) to achieve vibration reduction.

(4) If the above measures do not work, the pipeline should be redesigned with the guideline of reducing the stiffness of the pipeline.

In addition to conforming to national standards, the drawing of the piping, because of the specificity of its structure, for better expression of clarity, for its characteristics to make the following provisions.

1. A bend position with a view to express. As shown in Figure 19.

2.Two bending positions above in a plane, with a view, can be expressed clearly. As shown in Figure 20.

Two bends above the spatial state using a main view plus multiple to the view method to express, in accordance with the following provisions.

(1) Each view can be omitted to the name of the view.

(2) Use thick solid lines to indicate the pipeline.

(3) The direction to the view is connected by a thin double dotted line. The “S” symbol is used to indicate the disconnection between the connected pipes. As shown in Figure 21. 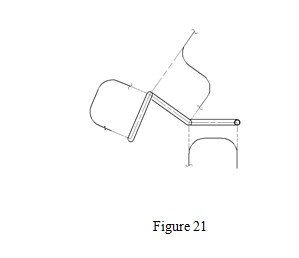 3.The size and roughness symbols marked

(1) Both ends and the middle section marked the length of the straight section.

(2) Marked the actual bending angle, when the bending angle of 90 ° or 180 ° in the case of not causing misunderstanding allowed not to mark.

(3) Marked out the angle of space rotation, when the rotation angle of 90 ° or 180 ° in the case of no misunderstanding is allowed not to be marked.

(4) The bending radius should be indicated in the view or on the technical requirements.

(5) The pipe end is indicated by the roughness symbol. As shown in Figure 22. 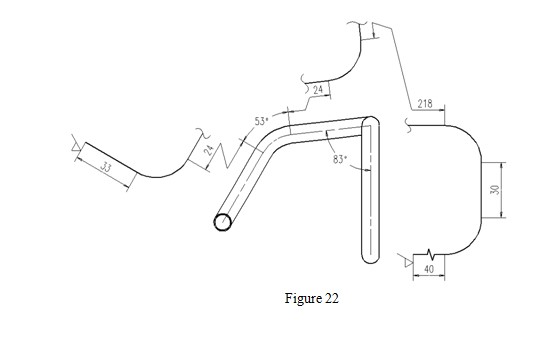 （6）For two pipe mouths with distance requirements, they must be marked out. The dimensions of its middle section are marked with reference dimensions. As shown in Figure 23. 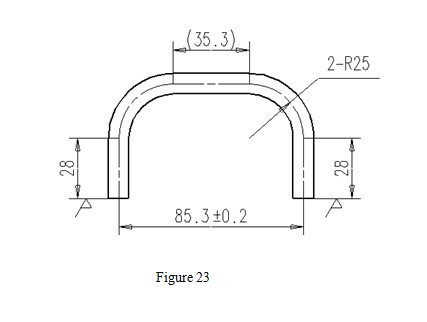 4. For the special structure, in the use of the main view plus multiple to the view to express not clear enough, must be in accordance with the method of Figure 24 to show the plane angle of each of the two bends – that is, the projection of a common line into the point to show the angle of the two lines. 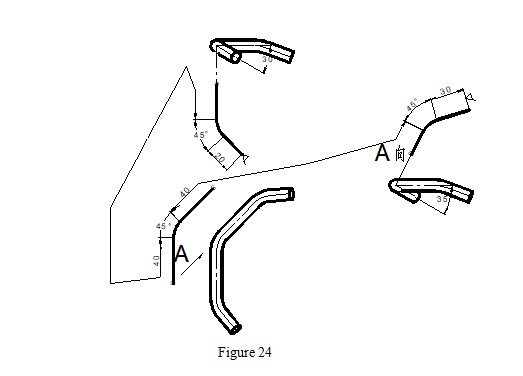 4.The requirements of the assembly process

(4) Outer diameter of φ3.2, length of less than 300mm auxiliary capillary tube, in order to facilitate assembly, the capillary material state should be soft.

(5) Because the length of the low-pressure valve receiver directly affects the height of the four-way valve, the return pipe, and the return port of the compressor, the exhaust pipe and exhaust port of the compressor are matching with the valve condenser receiver with the condenser input pipe, so the design of low-pressure valve receiver, must be marked with the total height, to facilitate the control of the total height when bending processing.

With more than 15 years of experience manufacturing any kind of water chillers, Lando Chiller Company is recognized as a trusted supplier. Please click here to know.

Our design is from 1/4 HP to 100HP capacity. Whether using evaporative, shell and tube or plate and frame heat exchangers, or a combination of cooling methods, Lando Chiller can fulfill virtually any customer’s industrial or commercial cooling needs with an appropriate closed-loop system.

Our experience with a wide variety of different fields of cooling applications has enabled us to become specialists in the design, and fabrication of custom cooling unit systems. 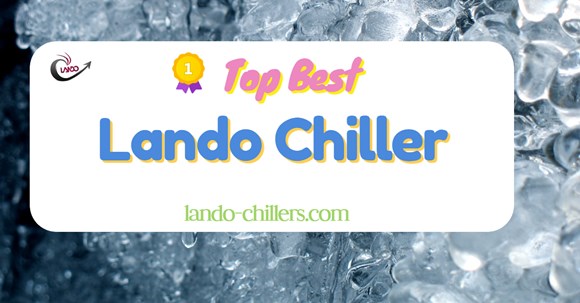