Find out about the most Common Problems when troubleshooting water chillers and Solutions Guide here. There are 3 main problems as follows.

The main reason for oil clogging:

In the water chiller system remaining too much refrigerant oil, so that the effect of cooling, and also can not be cooling, so the system must be cleared of refrigerant oil.

filter oil clogging should be replaced with a new filter, while using high-pressure nitrogen gas to the condenser part of the accumulation of refrigerant oil, preferably in the passage of nitrogen gas, using an electric hair dryer to heat the condenser.

Hazards of the oil film:

How to Solve Oil film?

The use of high efficient oil separator can greatly reduce the amount of oil entering the system pipes.

If an oil film is already present in the system, nitrogen flushing can be performed several times until no misty gas is

Ice blockage fault mainly occurs because the water chiller contains excessive moisture, with the continuous circulation of refrigerant, the moisture in the water chiller gradually concentrated in the throttle outlet, due to the lowest temperature at the throttle outlet, water into ice and gradually to a certain extent will be completely blocked capillary tube, the refrigerant can not be circulated.

How to Solve when Ice Blockage?

Water chiller occurs ice blockage failure because there is excess moisture in the system, so the entire refrigeration system must be dried. Its treatment methods are as follows:

Evacuate, replace the filter dryer, for the moisture indicator in the refrigeration system will be qualified apparent liquid level turns green.

Dirty blockage in the water chiller because the refrigerant can not circulate, so the compressor continuous operation, the evaporator is not cold, the condenser is not hot, the compressor housing is not hot, listen to the evaporator no air flow sound. When there are more impurities in the system, the filter dryer is gradually blocked, and the choke mechanism filter is blocked.

How to solve when Dirty clogging?

01. condensing pressure is too high.

02. condensing pressure is too low.

1. Condensing pressure is too high.

Why happen for High refrigerant pressure?

When the condensing pressure is too high, the possible causes are usually the following:

(a) Air or other incompressible gasses in the water chiller system.

(b) The condenser surface is too small.

(c) Too much charge in the refrigeration system (liquid recovery in the condenser).

(d) The condensing pressure control is set to too high a pressure.

(e) Fouling of the condenser surface.

The above reasons are common causes of faults in air-cooled and water-cooled chillers.

How to Solve High-Pressure Problem?

(a) Clean the condenser by starting and running the system using the recovery system until the system reaches operating temperature. If necessary, remove again;

(b) Replace the larger condenser.

(c)Recover refrigerant until condensing pressure is normal. The sight glass must be kept full.

1) The fan motor or blades are defective or too small.

2) The airflow to the condenser is restricted.

3)The ambient temperature is too high.

4)The airflow through the condenser is in the wrong direction.

5)Short circuit between the pressure on the airside of the condenser fan and the suction side.

2) Remove the air inlet obstruction or move the condenser.

3) Form a clean air inlet or move the condenser.

4) Change the direction of rotation of the fan motor. The air in the condensing unit must flow through the condenser and then into the compressor.

5) Install ducts that may be suitable for outside air.

For water-cooled condensers (plate-fin heat exchangers) with high-pressure alarms, the following aspects usually need to be analyzed as well.

1), The cooling water temperature is too high.

2), the water quantity is too small.

3), Precipitates in the waterline (dirt, etc.).

4), the cooling water pump is defective or no longer works.

3) Clear the condenser water pipe, possibly with the role of deoxygenation to remove.

4) Investigate the cause and replace or repair the cooling water pump (if installed).

a) The surface area of the condenser is too large.

b) Low load on the evaporator.

c) The inlet pressure is too low, as the evaporator in the liquid is not enough.

d) The suction or discharge valve of the compressor may be leaking.

e) The pressure setting of the condensing pressure control valve is too low;

f) The uninsulated vessel is too cold compared to the condenser (the vessel is used as a condenser).

g) The temperature of the cooling air is too low; (air cooling).

h) The air volume of the condenser is too large; (air cooling)

j) The amount of water is too large; (water-cooled)

k) The water temperature is too low; (water-cooled) (water cooling)

How to troubleshooting when Low condensing pressure happens？

Depending on the above faults, the following methods are used to fix one by one.

b) Adjust the condensing pressure.

c) Locate the fault in the line between the condenser and the thermal expansion valve (see “Low suction pressure”).

h) Replace the smaller fan or adjust the motor speed.

b) Vibration of the thermal expansion valve.

How to solve this troubleshooting?

Depending on the above faults, please proceed as follows to correct them one by one.

a) Set a lower differential or use the valve setting (KVD+KVR) or fan motor speed setting.

b) Set a higher superheat for the thermal expansion valve or substitute a smaller flow connection.

c) Replace the valve with a smaller one.

e) Check the size. Install a check valve under the condenser near the receiver inlet. 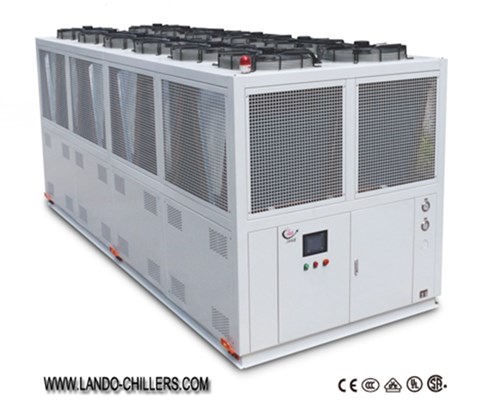 1: The exhaust gas temperature is too high.

These two data are directly related to the temperature and the quality of the air compressor used.

The following can be derived from the above equation.

The compressor discharge temperature can be read from the thermometer given to you by whoever is in the discharge line. It is related to the adiabatic index of the refrigerant, the compression ratio (condensing pressure/evaporating pressure), and the suction temperature.

Both situations are caused by increasing the compression ratio. Excessive condensing and exhaust temperature is unfavorable to compressor operation and should be avoided. A high exhaust gas temperature will cause the lubricant to thin and carbonize, worsening the lubrication conditions for the compressor.

Here are the reasons for the increase in exhaust temperature:

Here are the most common factors:

Low intercooler efficiency or too much scale in the intercooler will affect the heat exchange, then the intake temperature of the rear stage will inevitably be high, and the exhaust temperature will also rise.

Here is another article to inform you of the 3 main causes of compressor failure.

Lando is a thriving manufacturer of water chiller units with an expanded product line, manufacturing, and support staff. The company focused on providing flexible cooling solutions for all industries through the use of high-quality components. By maintaining a cost-effective, robust, and reliable product line with many custom features, our customer base grew to include many more industries. We also offer modifications to meet virtually any customer need or specific application. 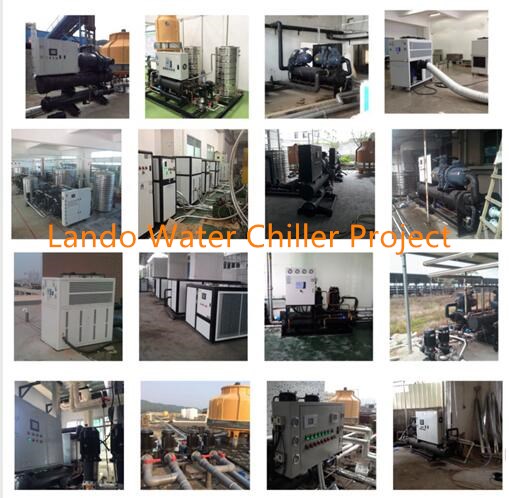